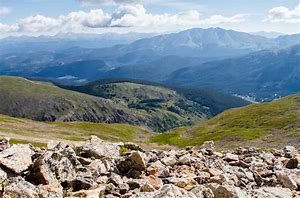 He was born May 9, 1937 in Westland a son of the late Michael and Alice McCartney Pastovich and he lived most of his life in Canonsburg. Gord or Gordie as many knew him, loved playing the lottery always applying his own unique scientific logic to assist him as he picked his daily numbers.  He also enjoyed his scratch-off tickets, hoping for the big win.  Those who knew him well could find him sitting outside the Shop N Save or TJ’s Texco, catching up with friends and enjoying a cigarette with them.  Among his other interests were watching football, baseball and golf on TV and in recent years, he enjoyed spending time watching the Game Show Network.  In his younger days he was an avid golfer, achieving the elusive “hole in one” twice.  He also enjoyed bowling in the SNPJ Men’s Bowling league.

Prior to his retirement, he was employed by McGraw Edison Power Systems now known as Cooper Industries as a Large Finisher.  He also held positions at Consol and Canonsburg Pottery.

Gordon attended Chartiers-Houston schools and served in the United States Marine Corps attaining the rank of Corporal.  During his tenure as a Marine, he received the Good Conduct Medal.  He was an active member of SNPJ Lodge 138, Houston Independent Club, Bears Club, and the VFW 191.

On June 7, 1958 he married Katherine “Kush” Laskowski  Pastovich who passed away on March 31, 2013 after 55 years of marriage.  Left behind to cherish his memory is his daughter Cindy Pastovich of Eighty Four and his grand-dog Gabe.  Also surviving is a sister, Rose Moore of Washington and several nieces and nephews.

Deceased in addition to his parents and his wife are two brothers Hasen and Homer and two sisters Alice (Sis) Pizzuti and Charlotte Kelley.

To send flowers to the family or plant a tree in memory of Gordon L. Pastovich, please visit our floral store.