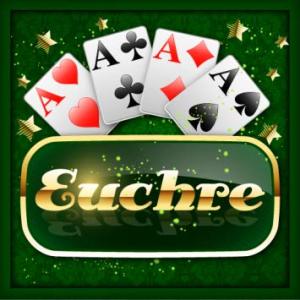 Robert C. “Bubblegum” Boyd age 77 of Canonsburg died unexpectedly Sunday July 7, 2019 due to injuries sustained in an automobile accident. He was born June 25, 1942 in Muse, a son of the late L. Clark and Vada Lee Boyd. Mr. Boyd was raised in Muse and lived his adult life in Canonsburg. He was a proud graduate of Canon-McMillan High School class of 1960 and attended every reunion with his close friend Ben “B.C.” Coleman. Bubblegum remained friends with many of the new friends he made with the school district jointure. He was Presbyterian by faith and in his 30’s became a registered nurse employed by the State at the former Woodville and Mayview State Hospitals and Western Center. He was an original founder of the VFW Post 191 Ambulance Association. Bob was a great amateur historian and story teller very interested in the history of Muse and Canonsburg areas and he enjoyed his “oldies” music. He was involved with many youth activities in Muse grade and secondary schools. Bubblegum loved being with his children and grandchildren and the hours spent with his many friends. He played Euchre at the PNU for decades and had coffee with his childhood friends BC, Reddog, Bob, Charlie, Sam and Joseph Sunday mornings reliving their youth growing up in Muse. In his later years he became involved in auto mechanics with his mentor Chester O’Shinski.

On February 17, 1972 he married Colleen Ruth Fisher who passed away August 18, 2013 after 41 years of marriage. Left behind to cherish his memory are his beloved children Michael R. Boyd and his wife Jennifer, Tiffany L. Boyd (Ralph McCartney) and Beth Ann Tatano and her husband Gino, Grandchildren,  T.J., Thomas, Tova and Taliah Fratini, Marissa, Mya and Connor Tatano and  Vada and Brandon Boyd, great granddaughters Arabella, Adriana, a new arrival expected March of 2020 and several nieces and nephews. Bob was the last of his immediate family. Deceased in addition to his parents and second wife, is his first wife Rosemarie Dellorso Boyd who passed away May 19, 1971 and his two sisters, Shirley Kay Garber and Sandra Fitzgerald.

To send flowers to the family or plant a tree in memory of Robert "Bubblegum" Boyd, please visit our floral store.