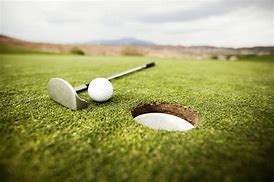 Charles Morgan, 84 of McMurray passed away peacefully in his home on Tuesday, May 21, 2019.

He was born on December 20, 1934 to John and Ann Yementes Morgan. He grew up in Hill Station (Lawrence, PA) and was one of fifteen children.

On February 14, 1957 he married his beloved wife Dona Behling who survives. He was truly a devoted husband for their 62 years of marriage.

Chuck graduated from Cecil High School in 1953.  He joined the United States Army in 1956 and served his country honorably, like so many other men of his generation.

He started his career with General Motors in 1960 and went on to become a successful truck and auto salesman for Arnold Pontiac in Houston, Pa, retiring after 30+ years. He was an excellent salesman and connected very well with his customers. Chuck was honored as a Grand Master’s Salesman in 1976 and Salesman of the Year on numerous occasions.

His hobbies and interests included golfing, antique bottling, ancestry and coin collecting. He was a past member of the American Legion posts in Cecil and Houston.

Above all, he was completely well-loved and will be greatly missed. His sense of humor and steady demeanor will have a lasting effect on all who knew him. If you knew Chuck, you knew he had your back.

He was a devoted father, grandfather and great-grandfather. He enjoyed attending school events and cheering them on in their sporting activities.

He will also be missed by his brothers, sisters, nieces, nephews and his friends.

Friends are welcome from 2~4 pm and 6~8 p.m. on Tuesday, May 28, 2019 in Salandra Funeral and Cremation Services, Inc., Joseph P. Salandra, LFD owner/supervisor, 304 West Pike Street, Canonsburg, 724-745-8120 where a Celebration of Life will be held at 11:30 a.m. on Wednesday, May 29, 2019 with Darla A. Tripoli, LFD and Certified Celebrant officiating. Interment will follow at 12:30 p.m. in the National Cemetery of the Alleghenies, 1158 Morgan Road, Bridgeville where military rites will be accorded by VFW Post #191 and the United States Army Honor Guard.

To send flowers to the family or plant a tree in memory of Charles "Chuck" Morgan, please visit our floral store.