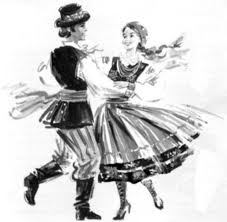 Richard “Lupo” Lesniakowski, aged 82 of Canonsburg, passed away Monday December 7, 2020 in Canonsburg Hospital. He was born January 9, 1938 in Canonsburg, son of the late Richard F. “Beany” and Martha Kosanovich Lesniakowski. Lupo lived his entire life in Canonsburg, was a graduate of Canonsburg High School and had been a member of Sacred Heart of Jesus Polish National Catholic Church. He served with the United States Army Reserves for three years as an airplane mechanic. Prior to his retirement, Rich had been employed for over 40 years at the former McGraw Edison Power Systems and Cooper Industries. He was an active member and Vice President of the White Eagles Society in Canonsburg, an avid Steelers fan who held season tickets for many years, and a NASCAR fan, especially of Dale Earnhardt Sr. Lupo enjoyed playing cards, gambling, woodworking, building puzzles, and dancing to polka music. On June 21, 1975, he married his devoted wife Evelyn Boyan who survives after 40 years of marriage. Also left behind to cherish his memory are his three beloved children Jeffrey (Pamela) Wudkwych of Canonsburg, Michele (Robert) Pfaff of Charlotte, NC, and Melissa Sanger (Jason Marinski) of Canonsburg, grandchildren Brittanie and Brian Wudkwych, Nicollette and Veronica Pfaff, Jenna and Jessica Lavecchia, a brother Norbert T. Lesniakowski (Mary) of Arkansas and several nieces and nephews. Deceased in addition to his parents are two sisters Loretta Manes and Mary Lesniakowski and a brother Robert Lesniakowski.

To send flowers to the family or plant a tree in memory of Richard "Lupo" Lesniakowski, please visit our floral store.